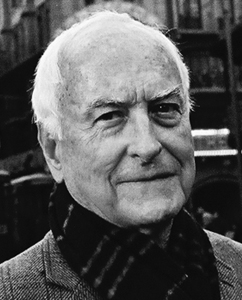 James Ivory was born in Berkeley, California and educated at the University of Oregon, where he majored in Architecture and Fine Arts. His first film, which he wrote, photographed and produced, was Venice: Theme and Variations, a half-hour documentary made as a thesis film for a degree in cinema from the University of Southern California. Ivory's evocation of the city was named by The New York Times in 1957 as one of the ten best non-theatrical films of the year.

An easy rapport with India was evidenced in Ivory's second film, The Sword and the Flute, based entirely on Indian miniature paintings in American collections. Its success led to a grant by the Asia Society of New York to make The Delhi Way, a film about the Indian city. In 1961, Ivory teamed up with Ismail Merchant to form Merchant Ivory Productions. Their first theatrical feature was The Householder, based on an early novel by Ruth Prawer Jhabvala, who also wrote the script.

The seventeen theatrical films that Ivory has made for Merchant Ivory Productions include the classic Shakespeare Wallah and more recent films such as the two Henry James productions, The Europeans and The Bostonians; Heat and Dust,, from another novel by Ruth Prawer Jhabvala; A Room With a View, and Maurice, from the novels by E.M. Forster. A Room With a View was nominated for eight Academy Awards, including Best Picture and Best Director, and won three, for Jhabvala's adaptation of Forster's novel as well as for Best Costume and Best Production Design. A Room With a View was also voted Best Film of 1986 by the Critic's Circle Film Section of Great Britain, the British Academy of Film and Television Arts, the National Board of Review in the United States and in Italy, where the film won the Donatello Prize for Best Foreign Language Picture and Best Director. In 1987, Maurice received a Silver Lion Award for Best director at the Venice Film Festival as well as Best Film Score for Richard Robbins and Best Actor Awards for co-stars James Wilby and Hugh Grant.

After Maurice, James Ivory returned to the United States for two American films. The first of these was Slaves of New York, based on the stories by Tama Janowitz (1989). This was followed by Mr. and Mrs. Bridge, which was adapted by Ruth Jhabvala from the novels by Evan S. Connell. This film received an Oscar nomination for best Actress (Joanne Woodward), as well as Best Actress and Best Screenplay from the New York Film Critics Circle.

Ivory's next project was Howards End in 1992, based on the E.M. Forster novel. Howards End was nominated for nine Academy awards, including Best Picture and Best Director, and won three: Best Actress (Emma Thompson), Best Screenplay - Adaptation (Ruth Prawer Jhabvala), and Best Art Direction/Set Decoration (Luciana Arrighi/Ian Whittaker). The film also won Best Picture at the British Academy of Film and Television Arts (BAFTA) Awards, as well as awards for Best Picture, Best Actress for Emma Thompson and Best Director for Ivory from the National Board of Review. The Directors Guild of America awarded the D.W. Griffith award, its highest honor, to Ivory for his work.

This was followed by The Remains of the Day, filmed in England in Fall 1992. It reunited Anthony Hopkins and Emma Thompson in the starring roles of Stevens and Miss Kenton. Jefferson in Paris was Ivory's next project, released in 1995 and starring Nick Nolte, Greta Scacchi and Simon Callow.