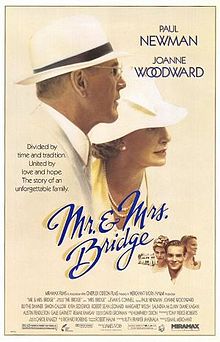 Walter and India Bridge (Newman and Woodward) are a Midwestern American couple struggling to keep up with the changing world around them in 1930s America. Mr. Bridge, a stout-hearted, staunch paterfamilias, quietly lords over his children -- Ruth (Kyra Sedgwick), Carolyn (Margaret Welsh), and Douglas (Robert Sean Leonard) -- and his wife, who is warm and kind but lacks the independence to forge an identity apart from her husband. As the music, the mores, and the politics of Kansas City are transformed in front of them, Mr. and Mrs. Bridge attempt to keep up with the drama of a changing society within their own family: Ruth wants to go to New York and become an actress; Carolyn is determined to marry a man whom her father deems unsuitable; Douglas is embarrassed by his mother's attentions and rebukes her attempts at intimacy.

In one of the film's most memorable scenes, Mr. and Mrs. Bridge eat dinner at their country club while a tornado sweeps through Kansas City. The other patrons evacuate, yet Mr. Bridge insists on staying in the dining room until he finishes eating. As glass shatters and the world around is literally swept away, Mrs. Bridge searches for butter for her husband's dinner.

Blythe Danner and Gale Garnett play Grace Barron and Mabel Ong, two friends of Mrs. Bridge who seem to embody the comic ennui of suburban life, but play out a quiet tragedy underneath. Simon Callow is Dr. Alex Sauer, a worldly European psychiatrist who represents the progressive attitude Mr. Bridge scorns; Diane Kagan is Julia, Mr. Bridge's secretary, who stands unnoticed in the background until she steps forward to tell Mr. Bridge her secret.

"[A]nd we should die of that roar that lies on the other side of silence," George Eliot wrote in Middlemarch, one of the nineteenth century's great domestic dramas. Ivory and Jhabvala here seek out that roar that is underneath Connell's exploration of American domestic life: Newman's spartan silences and Woodward's abortive attempts to communicate with her husband and her children are perfect portraits of the things that are not said, and of the despair that lies beneath a quiet evening at home in the suburbs. The final scene, with Woodward at her best, provides us with one of the most affecting -- and terrifying -- images of Ivory's career to date.

Shot on location in Kansas City and in Paris (in this film, Merchant Ivory add the Louvre to their peerless list of shooting sites), the film was powerfully received at the box office and was greeted with rave reviews. The New York Times wrote that Newman and Woodward's roles were "the most adventurous and stringent of their careers." Woodward received an Oscar nod and the New York Society of Film Critics Award for her performance: her Mrs. Bridge is like an American Mrs. Dalloway, all warm smiles on her daily errands but seeped with a depth of feeling that her husband forever fails to understand.

The filmmakers were similarly lauded for a breakthrough in their first film with a Midwestern American theme: "With the quiet assurance of a perfect work of art," one critic wrote, "Mr. and Mrs. Bridge sweeps all other contenders off the screen to become the best movie of the year." 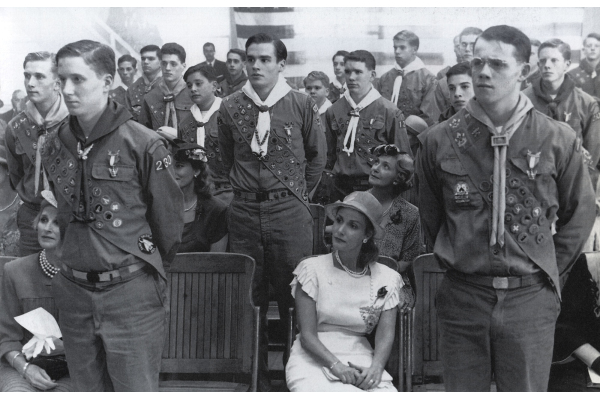 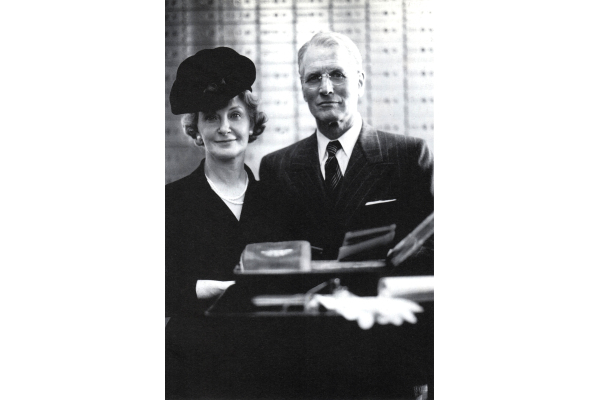 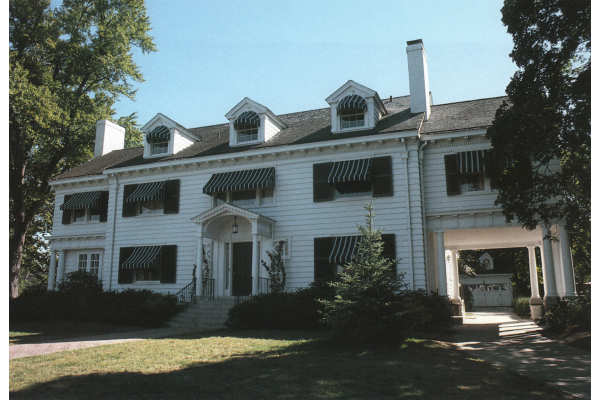 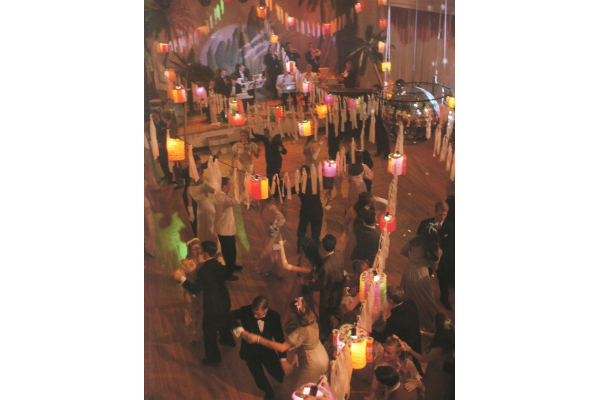 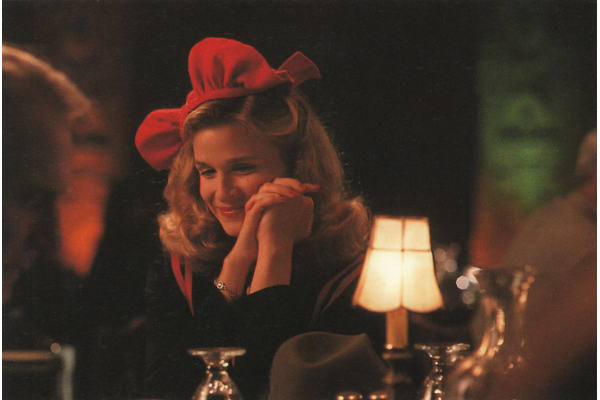 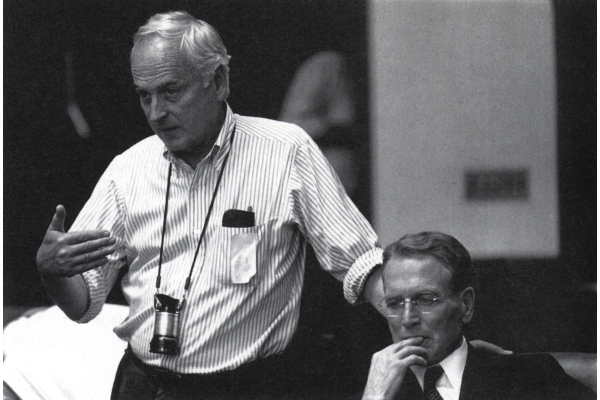 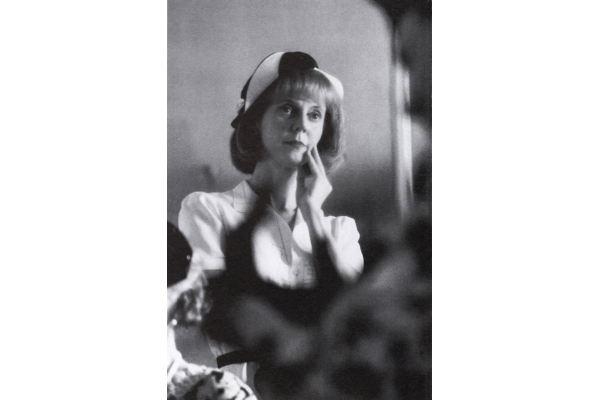 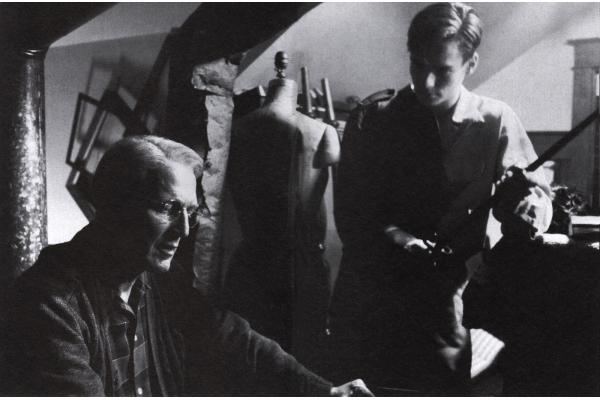 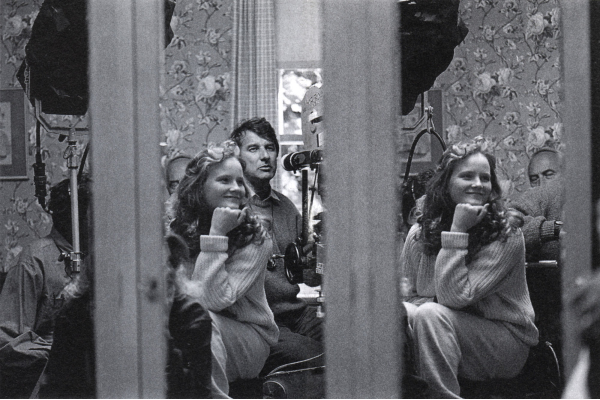 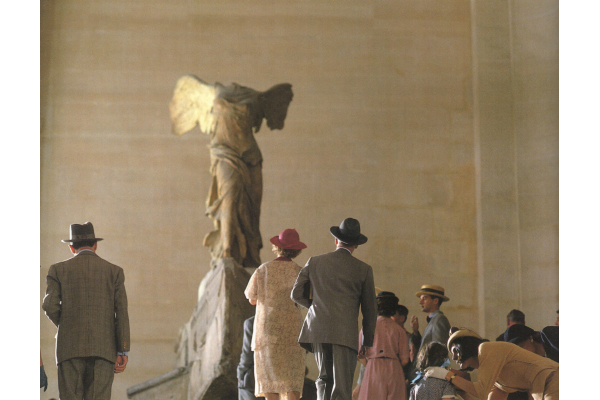