By Peter Debruge - The Miami Herald 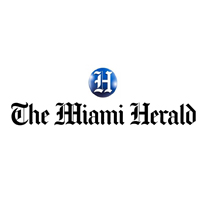 Discovered on the New York stage by producer Ismail Merchant, Heights is the movie I wanted Closer to be. It's an eviscerating look at the state of modern relationships that understands what Patrick Marber's play didn't: True partnerships aren't defined by the moment couples fall in or out of love, but by the downtime in between. Building on a startlingly mature screenplay by Amy Fox, Chris Terrio's debut feature centers on five New Yorkers caught in the lull of their respective relationships. Each leads what appears to be a dream existence, in which creative careers and upper-class lifestyles afford them the luxury of channeling their ennui into self-analysis. You want to hate these characters, and yet the movie asks you to identify with them.

At the center, there's Glenn Close, always impressive but exceptional here, as a sexually voracious acting legend who resents her husband for taking advantage of their open marriage. No less troubled are an altar-bound young couple (James Marsden and Elizabeth Banks) still keeping secrets and sneaking smokes behind one another's backs, a gay writer (John Light) with an unthinkable assignment from Vanity Fair, and a struggling off-Broadway actor (Jesse Bradford). That Heights' lesser-known cast could dig deeper than such first-name-only talent as Jude and Julia and Clive and Natalie is a testament to the talent operating on both sides of the camera in this must-see debut. -- PD